Guide to Fountains and Water Features

The word “fountain” can mean a lot of things to different people, but of course the first image that springs to mind is a stylish water feature.

As a water feature, a fountain can be grand, or it can be delicate. It can be a deluxe, dominating spectacle, like the wow-factor water features in Las Vegas (The Fountains of Bellagio). Alternatively, a fountain can be seen as the calming element of a botanical, outdoor space to encourage mindfulness, complementing a Japanese zen garden for example, with a koi fish pond and trickling decorative water feature.

There are just so many beautiful variations of what we consider a fountain to be that we couldn’t possibly cover them all in one post! A good place to start understanding more about fountains and their adaptability, is to explore their fascinating history…

A Short History of the Fountain

Today, a fountain can be described as a piece of architecture that allows water to travel from a source to a basin, bowl or into the air either for drinking purposes, or for a decorative effect.

The world’s first examples of fountains can be found in ancient Mesopotamia around 5000 years ago (3000BC!). Making use of a natural spring, water poured from the source into a series of man-made basins, designed for drinking water and washing. Examples of ancient fountains can also be found in Greek and Roman archaeological remains, featuring bronze or stone masks of animals or heroes.

There’s no doubt water played an important role in human history, but fountain technology was extremely valuable as it allowed us to use technology to shape and play with water to suit our needs. Fountain builders have been celebrated throughout history!

In the mid to late 16th century, fountains were actually considered as a stop on the path to illumination, forging a new career known as ‘hydro-mechanics’, or ‘fontanieri’ in Italy. These fountain builders were employed to create special effects using a combination of water and gravity, but also entrusted with the important task of supplying clean drinking water to towns and cities.

Fountain builders were highly respected, both as artists and civic engineers. Those with the skills in hydro mechanics, physics and sculpture were often called on by European royalty to build functional water features in palaces or for public works. Their work would also include creating water gardens and decorative fish ponds.

Examples of famous fountains throughout history:

By the late 19th Century, indoor plumbing was popular so city fountains became less functional, and more decorative. Mechanical pumps were invented, which not only allowed water to be recycled through fountains, but to jet it high into the air for great effect!

Fountains have evolved over the last few thousands years, and it is interesting to consider how far the technology has come. Fountains can now be controlled by a computer, or even linked up with music and lighting effects with automated display settings.

There are many decorative and functional reasons for fountains today:

As there is such a huge range of uses and designs for fountains, we will look specifically at garden pond fountains in detail first.

A garden pond fountain can be as simple as a plastic spreader on top of a pump to create patterns with the water. Most people have seen these, or possibly had one in their garden before.

They are cheap and easy to install, but can be problematic when used in dirty water. This is because the pumps and fountain spray heads can block up. This is why finding the right pump or filter system for a garden pond is important. 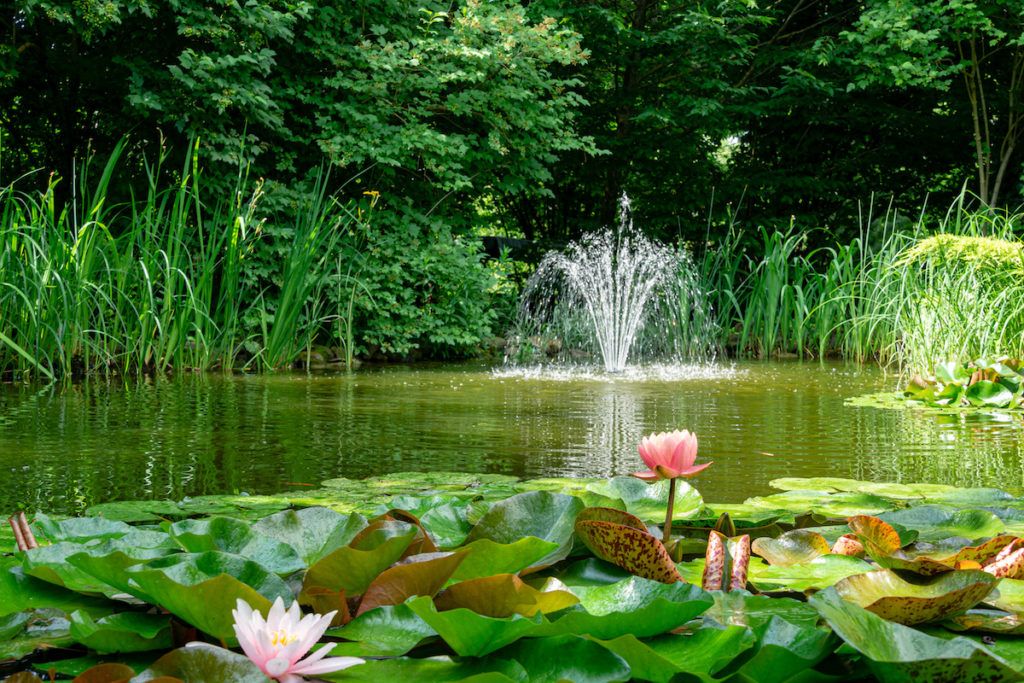 How to create the right Fountain Filter System

We can help you to find the right type of filter system to help keep your water clean. This will ensure you can add a fountain to your garden pond without any hassle.

We can help you to make your garden feature fountain much more interesting by moving the system onto larger pumps that don’t have the mechanical pre-filter (sponge) on the front of them, plus larger fountain heads. Larger heads can come in plastic, brass, stainless steel and a variety of materials better suited to a stylish architectural water feature design.

Looking at even larger pumps with bigger nozzles is also an option. Top class pumps can get a large amount of water moving, which is ideal for designing impressive watercourses, waterfalls or for powerful displacement of pond water to spillways. The sky really is the limit when it comes to commercial applications!

There are infinite possibilities of pump and fountain combinations to achieve the desired outcome. 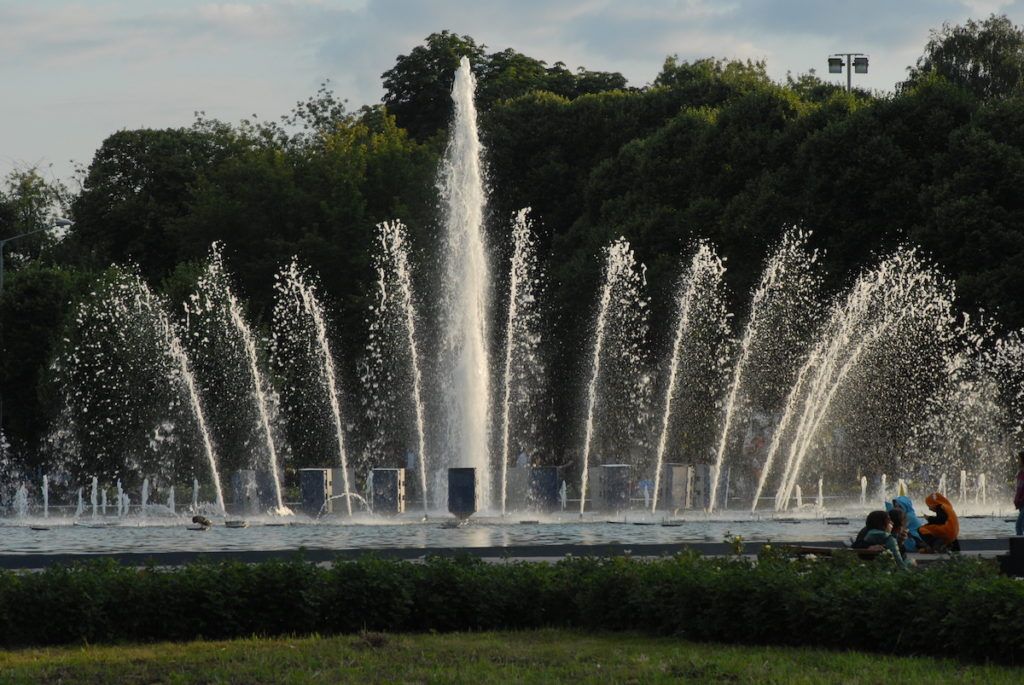 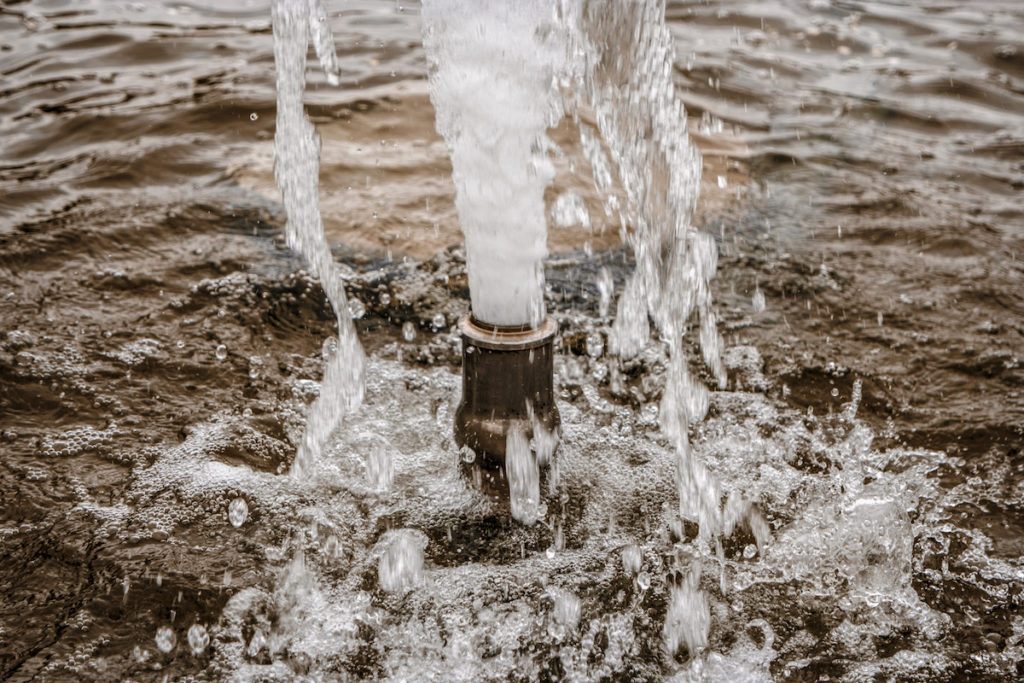 State of the Art Water Fountains

There are many large-scale applications of the same pump and fountain head designs that are attached to a large float and situated in a dam or lake. You have probably seen these kinds of fountains at a golf course or in a public park before. 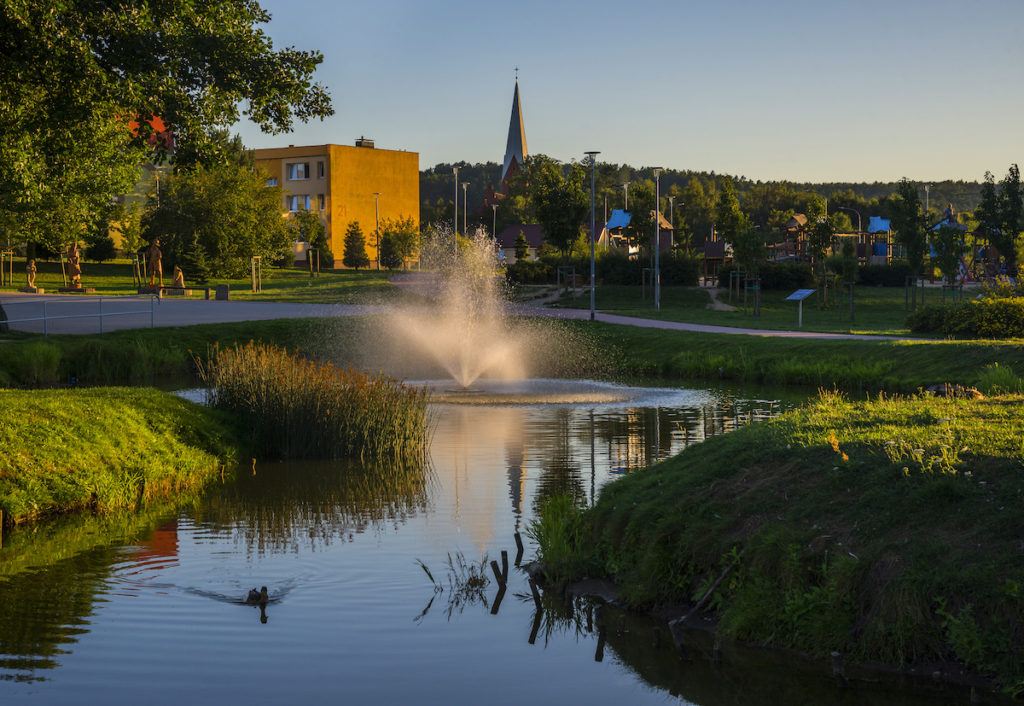 We can offer many years of hands-on experience working on customised water features and fountain projects. We work with the world’s best hydro mechanical equipment and are specialist installers for many leading companies.

On every project, our team are happy to take care of the finer details:

Sometimes our advice is as simple as choosing the right type of nozzle, which will make the world of difference to your water feature!

If an urn and bowl is your first thought when you think of a garden water feature – you aren’t alone. 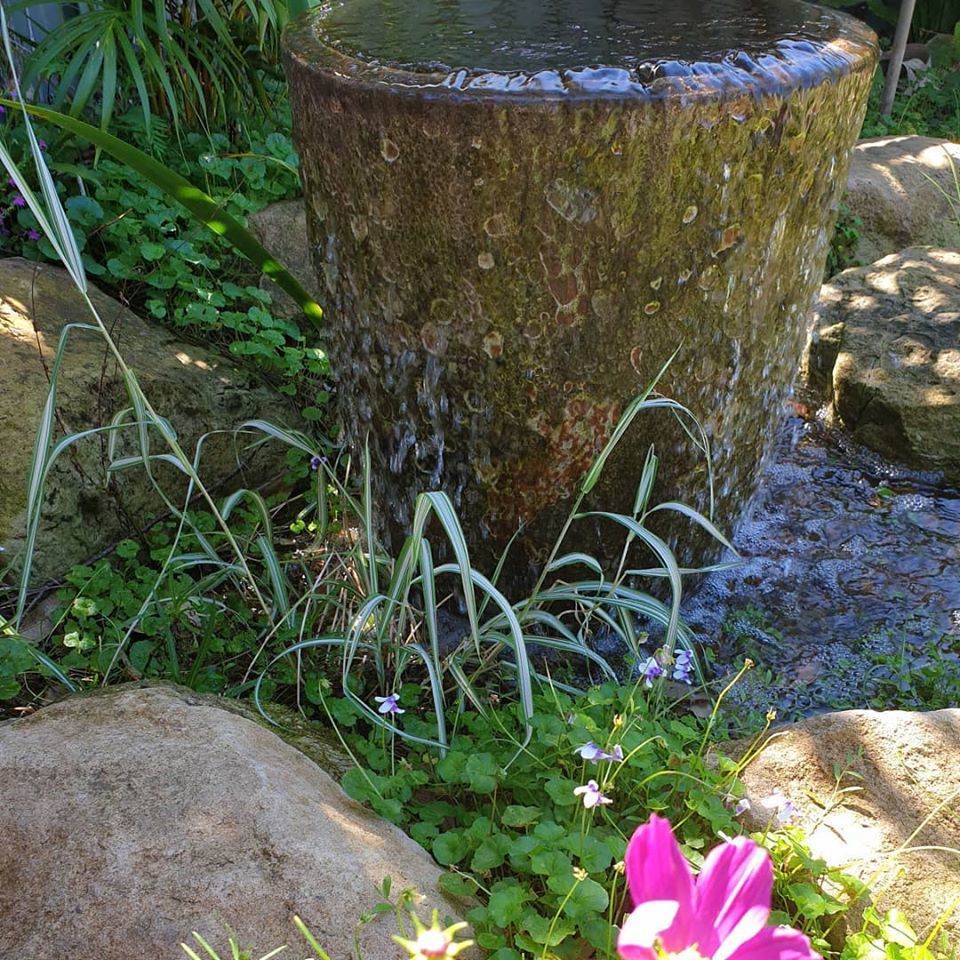 To help you create a beautiful backyard water feature, we offer  some simple DIY fountain kits featuring with everything you need delivered directly to your door. The package includes a quality reservoir that holds enough water (there are so many that don’t!) and won’t collapse when you put the water feature on it. Then there is a great selection of water features and a quality pump, with the right plumbing.

These simple bowl and basin systems can be improved by adding a larger reservoir and upsizing the pump for a more dramatic effect in your garden. When we build these, we normally use a rubber liner filled with Aquablox (called a pondless reservoir).

A pondless reservoir can be custom built to any size or shape making it the ideal – and scalable – solution to almost any water feature.

Let’s say you have a pondless reservoir in place, a larger pump, and still want to make your urn water feature more appealing – what is the next step?

We install a group of similar features.

This is a great way to get bigger bang for your buck. A group of similar features can all run out of the same reservoir and from one pump. The pipe from the pump just needs to have a tee piece and valves. The more urns – the more tees and valves needed.

The process is pretty simple, but we are happy to help specify the right plumbing and pump if you need a hand.

Next – how do we make simple urns more appealing in a three-dimensional setting?

Well we can build them up higher by building up more of the Aquablox already used in the reservoir. This allows you to add a whole new dimension to the feature quickly and easily – but with structural strength 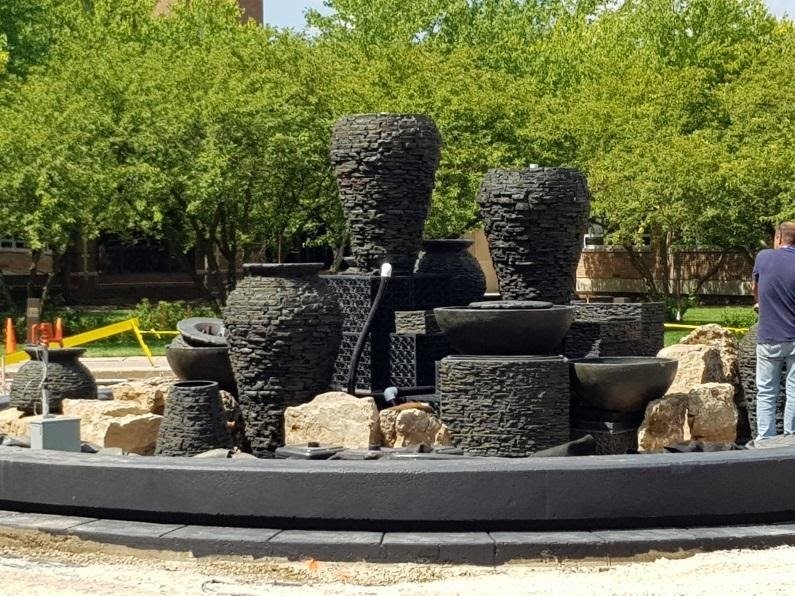 For a truly multi-dimensional feature we can create a pondless reservoir and have multiple water feature urns and bowls at different, cascading heights. We can plumb them with one very economical pump, install some colour changing lights, have remote controls for the pump speed and lighting, plus add some stone, wood and plants for colour and texture variation.

This will look amazing.

For example, we recently completed a similar project on a Sydney property. This urban water feature now has a 20-year waterproof guarantee with our rubber pond liner, plus it can be enjoyed by all the residents in the apartment block, from all angles.

We are currently working on a commercial project where we will be combining some state of the art pumps, with high-end lighting and cloud-based controllers sending signals to the pump and lights. This setup will allow us to control water speed, water height and even display colours.

Watch this space for updates – we would love to share it now, but don’t want to ruin the surprise. 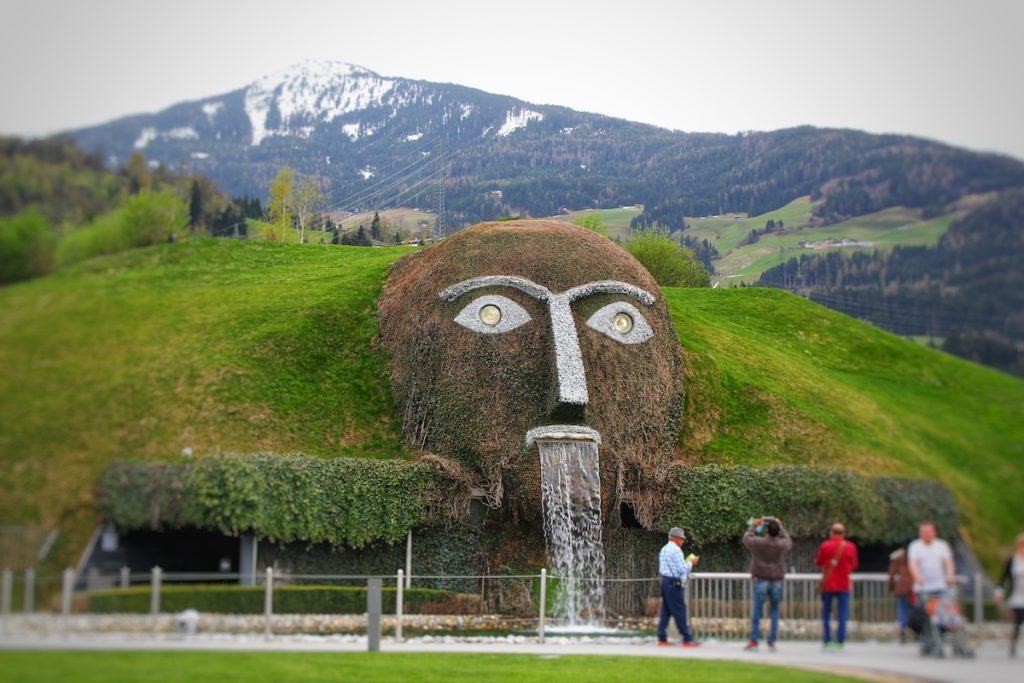